Playing Music on Twitch: What Are The Rules?

Music has become a grey area on Twitch. Are you allowed to play any music like everyone seems to do? And if not, what music is legally allowed to be played on Twitch?

We’ve all heard of the people who have had their stream taken down because of a DMCA copyright claim by a record label or musician, but surely that won’t happen to me too?

Simply put, you are not allowed to play any music on your stream unless you have permission to.

Based on global copyright laws, you need permission from the copyright owner and a license to do so. This is because Twitch is deemed a ‘public place’ and legally in most countries across the world you need a license to be able to play music to an audience (for example a cafe, retail shop or venue).

Uploading any content that you do not own, do not have the rights to, or are otherwise not authorized to use, violates our Terms of Service and may make your account liable to DMCA takedowns by third-party rights holders.

There are 3 types of music you are allowed to play on your Twitch stream.

What happens if I play music?

While most people will see their videos-on-demand (VODs) muted for future viewers, most streamers get away with streaming music live without any bans. However, as Twitch grows, some streamers have had 24-hour bans for playing copyrighted music and I expect this to continue as musicians and labels see their music being played without permission or licenses.

As of the beginning of June 2020, any clips of your stream featuring third-party music will also be taken down by DMCA requests. Many streamers are now deleting all their previous clips to avoid their channel being deleted (Twitch’s rule is three strikes and your channel is removed).

Oh, and people, it’s only a matter of time until Twitch creates an algorithm similar to YouTube’s where they can tell this stuff automatically and in live-real time.

What are you allowed to play?

You are only allowed to play music that is copyright-free or you have been given direct permission to play. For example music, you have made yourself, or artist’s you have specifically asked. There are third-party tools that have appeared with free copyright-free music, the best is easily Pretzel.Rocks by Nate ‘knaught’ Beck, Monstercat’s music and Harris Heller’s StreamBeats music.

But unfortunately you can’t play music from Apple Music or Spotify. You only pay for a personal license from platforms like Spotify.

Twitch was working to create a huge library of music that streamers will be able to play while they stream, this was supported by labels such as Monstercat, Fool’s Gold, Mad Decent and Rhymesayers. The library used to be found at music.twitch.tv but it has since disappeared!

How do some streamers play music? They are either big enough they can ask permission to the big record labels, management and artists or… they are breaking the law and risking being sued and banned from Twitch. Simple as that!

If you are looking to create your own music or sing your own songs on Twitch? As you own the permission for that music, you are totally allowed to do this with no problems at all!

Or why not ask some small or local producers, bands and singers whether they’d let you play their music in during your stream? Not only does this solve your audio problem, but its fantastic networking and yet another reason for viewers to join your stream!

Looking for some free alert sounds? I’ve made a few…

How to find out what your viewers want to listen to?

Does it depend on what sort of stream you are creating? Is it a relaxed atmosphere where viewers are chilling out? Or is it a hectic Fortnite stream where you are extremely animated and loud?

Of course, you could ask them what they want to listen to? Create a poll on Twitter or in your Twitch chat of the music people like when to listen to when watching. This is why song requests (!songrequest) are such a popular feature across lots of Twitch streams (even though it’s a little bit illegal as we discussed earlier…)

But, what about Mixer?

So far, copyright music will not get you warned or banned on your Mixer VODs. It’s only a matter of time though as Mixer continues to grow!

Hopefully, this helps illuminate the tricky subject of music while streaming! Are there any copyright-free music or musicians you use while streaming? Let us know on Discord!

PS if you want any more information, Devin Nash has put together the most in-depth and detailed Google Doc on it. Check it out!

Who is The Emergence? 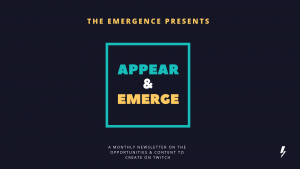 Did you know you can get a five-minute review of your stream? DM me on Twitter and ask. We’ll spot mistakes, missing opportunities and give you some easy advice! 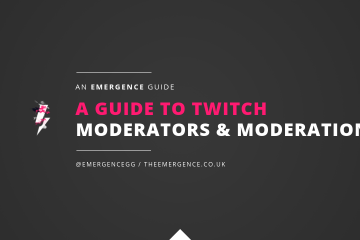 A Guide To Twitch Moderators & Moderation

Reading Time: 3 minutes We’ve all been in a busy stream with hundreds chatting all at once, and we all wish that could be our stream. But what happens when your live stream starts gaining a lot of chatty Read more… 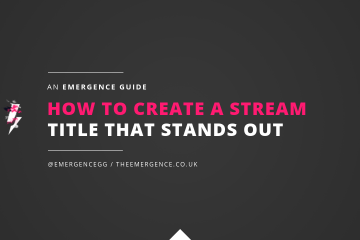 How To Create A Stream Title That Stands Out

Reading Time: 4 minutes Are you struggling to get people watching your stream? Maybe there are hundreds of other streamers doing the same thing as you, and your stream title isn’t persuading potential viewers to come to watch you. Read more… 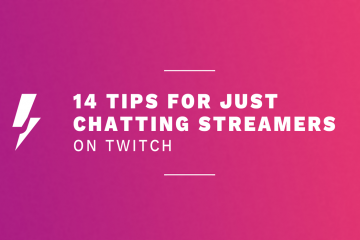 Reading Time: 5 minutes Are you looking to get into Twitch Streaming as a personality talking to an audience and building a community? Or maybe you’re already streaming games but want to do something different. Here’s some of our Read more…

Hey! We use cookies to ensure that we give you the best experience here. You can't eat these. Press the OK button to be happy with them.OKNopePrivacy policy